When we look at the species of termites found in California, we can quickly develop three species that homeowners might be concerned about.

This article will go over three species and present what can be expected from termites of these types and how they differ.

Focus on the types of termites that show up in your area. Look for the signs, and keep vigilant; and if need be, call a termite exterminator who will give you a termite report as well as an inspection of your property.

Termites breed and form new colonies at specific times during the year, with the fall being the highest concentration for most of the species. However, since there is overlap between the species, termites in these swarms can find termite swarms year-round.

How to Detect Possible Termite Invasions in Your Home

There are several ways to identify a termite invasion in your home. Although it is typically uncommon to spot a termite, seeing anyone sign of a termite generally means there is a whole horde of them. Also, the appearance of rotted wood or wood areas with holes and tunnels signifies a termite invasion. Termite droppings, which look like small ridged pellets the color of wood, are frequently seen in attics when a charge occurs in homes, termite wings that have shed and remain at entranceways. These wings are translucent and look similar to fish scales.

By examining your entire house, especially when a termite infestation is suspected, you can be sure to identify issues as they come up. With a termite infestation, you’ll want to make sure the pest control technician checks the structure, crawl spaces, attics, and other areas of concern so that you can identify whether or not termites are a problem or not. Suppose termites are past the suspect’s point and have moved on to the end of identification by a professional. In that case, the residence should then look at eradicating the current termite colonies within the home. The treatment should then include applying different products within the pest control industry to quickly kill termites while providing preventative measures for the loved ones in the California Home Owners’ residence.

When looking at the most common termite extermination treatments, we start with chemical formulations to kill these pests using repellents or non-repellents.

The Western drywood termite is found in the southwestern states, as far north as Sacramento, with heavier incidence and coastal areas. Drywood termites are often distributed by human activity, commonly by transporting infested furniture, picture frames, and wood to new places. It has failed to become established in such areas outside its normal southern and primarily coastal range. Drywood termites are considered non-subterranean termites, as they do not live in the ground, require no ground contact, and do not build mud shelter tubes. They are more likely to be in a structure entirely made of wood with poor artistry demonstrated by poorly fitted corner joints. These termites typically inter the ends of wood and seldom enter the sides of the section in question.

If you find the Western subterranean termite, DO NOT DISTURB THEM. They have acute survival instincts. If this species of termite is shaken up or disturbed, they will often abandon the associated area and move on to cause damage in other regions of the building. Suppose you find western subterranean termites in or around your property. In that case, you mustn’t disturb them and promptly arrange for a professional inspection and application of a termite bait to the live pest, if present in abundance.

The Pacific Dampwood Termite is the largest and most significant dampwood termite in the United States. They have been found up to 6,000 feet above sea level, but more commonly in the cool and humid coastal areas. This species will attack wood of all types throughout its range. Timbers in contact with the soil or structures built near or over water are common targets. This species is known to be very tolerant of moist conditions, even being found in pilings subject to tidal flooding. Colony size varies but may contain as many as 4,000 individuals.

The production of secondary reproductives aids colony growth; like other termites, this species aid in the spreading of wood decay fungi, the spores of which are carried in the gut and on their bodies. A well-established colony will produce winged reproductives which may infest nearby timber.

FUMIGATION. HERE IS WHAT YOU NEED TO KNOW.

Join the newsletter to receive the latest updates in your inbox. 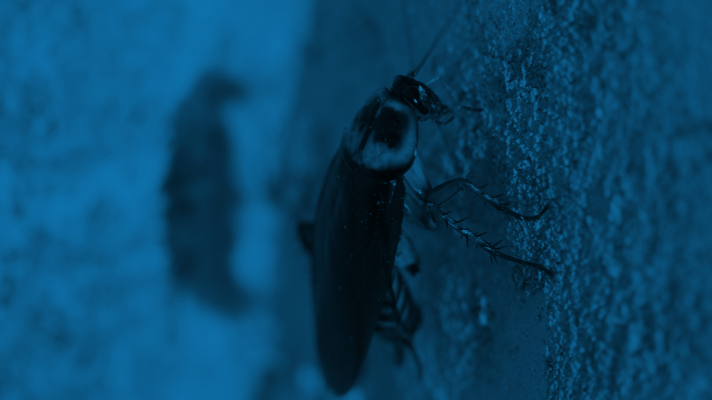 Cleaning Tips to Nix Cockroaches Sharing our homes with family and friends is a delight but when guests of the creepy, crawly nature embrace our hospitality, that delight turns to disgust. And roaches are usually at the top of the list of unwelcome visitors. Hospitality to a cockroach looks like