Rats are some of the most troublesome and damaging rodents in the United States. They eat and contaminate food, damage structures, and property, and transmit parasites and diseases to other animals and humans. Rats live and thrive in various climates and conditions and are often found in and around homes and other buildings, on farms, and in gardens and open fields.

How to Spot a Rat Infestation

Because rats are active throughout the year, periodically check for signs of their presence. Once rats have invaded your garden or landscaping, unless your house is truly rodent proof, it is only a matter of time before you find evidence of them indoors. Experience has shown it is less time-consuming to control rodents before their numbers get too high, and fewer traps and less bait will be required if control is started early.

Inspect your yard and home thoroughly. If the answer to any of the following questions is yes, you may have a rat problem.

People don't often see rats, but signs of their presence are easy to detect. In California, the most troublesome rats are two introduced species, the roof rat and the Norway rat. It's important to know which species of rat is present to choose effective control strategies.

Norway rats, Rattus norvegicus, sometimes called brown or sewer rats, are stocky burrowing rodents that are larger than roof rats. Their burrows,  found along building foundations, beneath rubbish or woodpiles, and in moist areas in and around gardens and fields don't often stand out. Owners can line nests with shredded paper, cloth, or other fibrous material. When Norway rats invade buildings, they usually remain in the basement or ground floor. Norway rats live throughout the 48 contiguous United States. While generally found at lower elevations, this species can occur wherever people live.

Roof rats, R. Rattus, sometimes called black rats, are slightly smaller than Norway rats. Unlike Norway rats, their tails are longer than their heads and bodies combined. Roof rats are agile climbers and usually live and nest above ground in shrubs, trees, and dense vegetation such as ivy. In buildings, they are often located in enclosed or elevated spaces such as attics, walls, false ceilings, and cabinets. The roof rat has a more limited geographical range than the Norway rat, preferring ocean-influenced, warmer climates. In areas where the roof rat occurs, the Norway rat might also be present. If you are unsure of the species, look for rats at night with a bright flashlight, or trap a few. The illustrations above show some of the fundamental physical differences between the two species of rats, while Table 1 summarizes identifying characteristics.

While rats are much larger than the ordinary house mouse or meadow vole, a young rat is occasionally confused. In general, very young rats have large heads and feet in proportion to their bodies, whereas those of adult mice are proportionately much smaller. While both rats and mice gnaw on wood, rats leave much larger tooth marks than mice do. For additional information on mice, see Pest Notes: House Mouse and Pest Notes: Voles (Meadow Mice).

Rats eat and contaminate foodstuffs and animal feed. They also damage containers and packaging materials in which foods and feed are stored. Both rat species cause problems by gnawing on electrical wires and wooden structures such as doors, ledges, corners, and wall material, and they tear up insulation in walls and ceilings for nesting.

Norway rats can undermine building foundations and slabs with their burrowing activities and can gnaw on all types of materials, including soft metals such as copper and lead, as well as plastic and wood. If roof rats are living in the attic of a residence, they can cause considerable damage with their gnawing and nest-building activities. They also damage garden crops and ornamental plantings.

Among the diseases, rats can transmit to humans or livestock are murine typhus, leptospirosis, salmonellosis (food poisoning), and ratbite fever. Plague is a disease that both roof and Norway rats can carry, but in California, it is more commonly associated with ground squirrels, chipmunks, and native woodrats.

Sanitation is fundamental to rat control and must be continuous. If sanitation measures aren't properly maintained, all will lose the benefits of other efforts, and rats will quickly return. Good housekeeping in and around buildings will reduce available shelter and food sources for Norway rats and, to some extent, roof rats. Neat, off-the-ground storage of pipes, lumber, firewood, crates, boxes, gardening equipment, and other household goods will help reduce the suitability of the area for rats and also will make their detection easier. Collect garbage, trash, and garden debris frequently, and ensure all garbage receptacles have tight-fitting covers. Where dogs are kept and fed outdoors, rats can become a problem if there is a ready supply of dog food. Feed your pet only the amount of food it will eat at a feeding, and store pet food in rodent-proof containers.

For roof rats, in particular, thinning dense vegetation will make the habitat less desirable. Climbing hedges such as Algerian or English ivy, star jasmine, and honeysuckle on fences or buildings are conducive to roof rat infestations and should be thinned or removed if possible, as should overhanging tree limbs within 3 feet of the roof. Separate the canopy of densely growing plants such as pyracantha and juniper from one another and from buildings by a distance of 2 feet or more to make it more difficult for rats to move between them.

The most successful and long-lasting form of rat control in structures is exclusion, or "building them out." (See Rodent-proofing your home.) Seal cracks and openings in building foundations and any openings for water pipes, electric wires, sewer pipes, drain spouts, and vents. No hole larger than 1/4 inch should be left unsealed to exclude both rats and house mice. Make sure doors, windows, and screens fit tightly. Perimeter doors & windows can cover their edges with sheet metal if gnawing is a problem. Coarse steel wool, wire screen, and lightweight sheet metal are excellent materials for plugging gaps and holes. Norway and roof rats are likely to gnaw away plastic sheeting, wood, caulking, and other less sturdy materials.

Because rats and house mice are excellent climbers, openings above ground level must also be plugged. Rodent proofing against roof rats, because of their more extraordinary climbing ability, usually requires more time to find entry points than for Norway rats. Roof rats often enter buildings at the roofline, so be sure that all access points in the roof are sealed. If roof rats are traveling on overhead utility wires, contact a pest control professional or the utility company for information and assistance with measures that can be taken to prevent this.

When food, water, and shelter are available, rat populations can increase quickly. While the most permanent form of control is to limit food, water, shelter, and access to buildings, direct population control often is necessary.

For controlling rats indoors, using traps is best. When rodenticides (toxic baits) are used in structures, rats can die in inaccessible locations such as within walls or ceilings. In hot weather, the stench of a dead rat can be unbearable and can necessitate cutting a hole in the wall to remove the carcass. Also, ectoparasites such as fleas and mites often leave dead rat carcasses and can infest the entire house if the corpse isn't removed promptly.

Trapping is the safest and most effective method for controlling rats in and around homes, garages, and other structures. Because people can use snap traps over and over, trapping is less costly than poison baits. The downside is that they are more labor-intensive. Traps can be set and left indefinitely in areas such as attics, where rats might have been a problem in the past. The simple, wooden rat-sized snap trap is the least expensive option, but some people prefer the newer plastic, single-kill rat traps because they are easier to set and clean. Snap traps with large plastic treadles are especially effective, but finding the best locations to set traps is often more important than what type of trap is used. Generally, people can't trap young rats until they are about a month old, which is when they leave the nest to venture out for food.

Nutmeats, dried fruit, bacon, or a piece of kibbled pet food can be attractive bait for traps. Fasten the trick securely to the trigger of the web with light string, thread, or fine wire so the rodent will spring the surprise when attempting to remove the food. Pest Control Technicians can even use glue to secure the bait to the trigger. Homeowners can use soft baits such as peanut butter and cheese, but rats sometimes take soft baits without setting off the trap. Set traps so the trigger is sensitive and will spring quickly.

The best places to set traps are in secluded areas where rats are likely to travel and seek shelter. Droppings, gnawings, and damage indicate the presence of rodents, and areas where such evidence is found usually are the best places to set traps, primarily when these areas are located between their shelter and food sources. Place traps in natural travel ways, such as along walls, so that the rodents will pass directly over the trap's trigger.

FOR A FREE INSPECTION AND ANALYSIS OF YOUR HOME

Join the newsletter to receive the latest updates in your inbox. 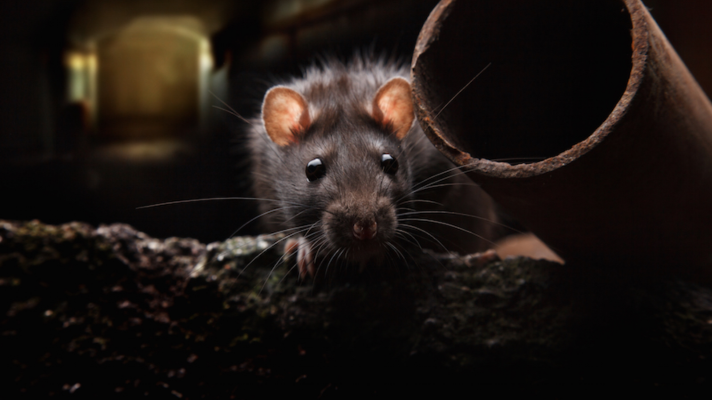 Rodents are among the most common household pests, as they are drawn to the comfort and steady food supply offered by our homes, attics, and garages. Nevertheless, few people want to share their living space with them, as these tiny creatures spread disease and cause costly damage to our homes.